Submission for “Generation i” multimedia competition closes on 26 January

Submission for the multimedia competition under EOC’s new youth engagement initiative “Generation i” will close on 26 January 2019. Co-organised by the Hong Kong Federation of Youth Groups Jockey Club Media 21, the programme welcomes all secondary school students in Hong Kong to create an A3-size comic strip or a short video of 2 minutes or below on what equality means to them. Cash prizes as high as HK$8,000 will be awarded to impactful works that communicate why diversity and inclusion matter.
Read more

On 19 December 2018, the Department of Public Policy of The City University of Hong Kong announced the findings of an EOC-funded study on little people, i.e. people with dwarfism, titled “Creating a Discrimination-free and Barrier-free Living Environment for the ‘Little People’ in Hong Kong”. Under the study, 523 members of the public were surveyed via a questionnaire, while people with dwarfism as well as their families were engaged through in-depth interviews between November 2017 and July 2018.
Read more 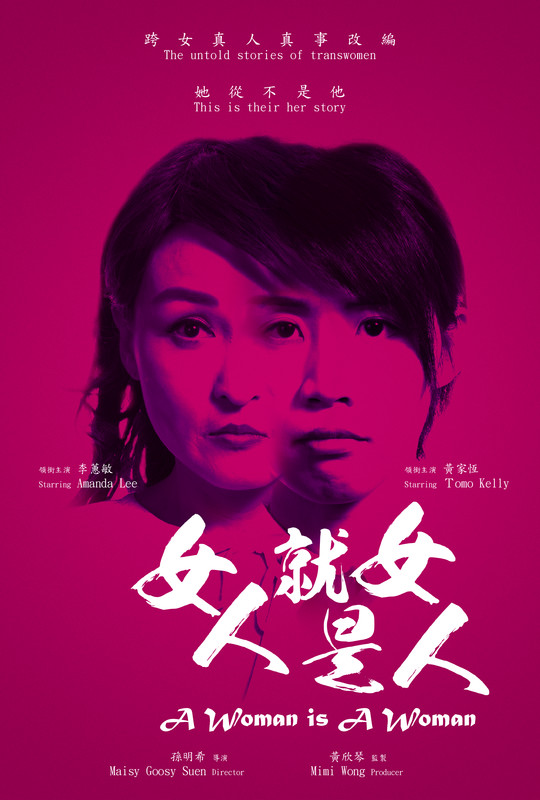 Time to embrace the “T” in LGBT

From the superficial, inaccurate representation of transgender people as psychopaths in the 1960s to the most recent portrayal of a transgender girl dreaming of becoming a professional ballerina in the Golden Globe-nominated Girl, cinema has come a long way in addressing transgender issues. Locally, transgender movies have slowly made their way to the mainstream. One of these is A Woman is A Woman, for which the EOC helped fund script development. Directed by Maisy Goosy SUEN and produced by transgender activist Mimi WONG, the film portrays two transwomen and their courageous struggle for self-actualisation. Following earlier screenings in November 2018, the movie is making a comeback to local theatres on 18 and 19 January 2019, and has been selected for the Hong Kong Independent Film Festival 2019 for screening on 20 January 2019 at the Louis Koo Cinema, Hong Kong Arts Centre. For ticketing information, please refer to the links below.
Read more

Call for abstracts now open for the International Conference on “Change and Innovation for a Better World: the Future of Social Work Profession”

The social work profession plays a significant role in building social cohesion, enhancing the well-being of the local community, and serving the weak, the disadvantaged and the marginalised in society. To foster a high standard of professional practice and ethics of social work, the Hong Kong Social Workers Association has been operating since 1949. To celebrate its 70th anniversary in 2019, the Association is joining hands with the Social Work and Social Administration Department of The University of Hong Kong (HKU) to co-host an International Conference on “Change and Innovation for a Better World: the Future of Social Work Profession” on 27-28 June 2019 at the Lee Shau Kee Lecture Centre, Centennial Campus of HKU. Other co-organisers include the social work department of fives local universities, Hong Kong Association of Schools of Social Work and the Hong Kong Council of Social Service.
Read more
Top