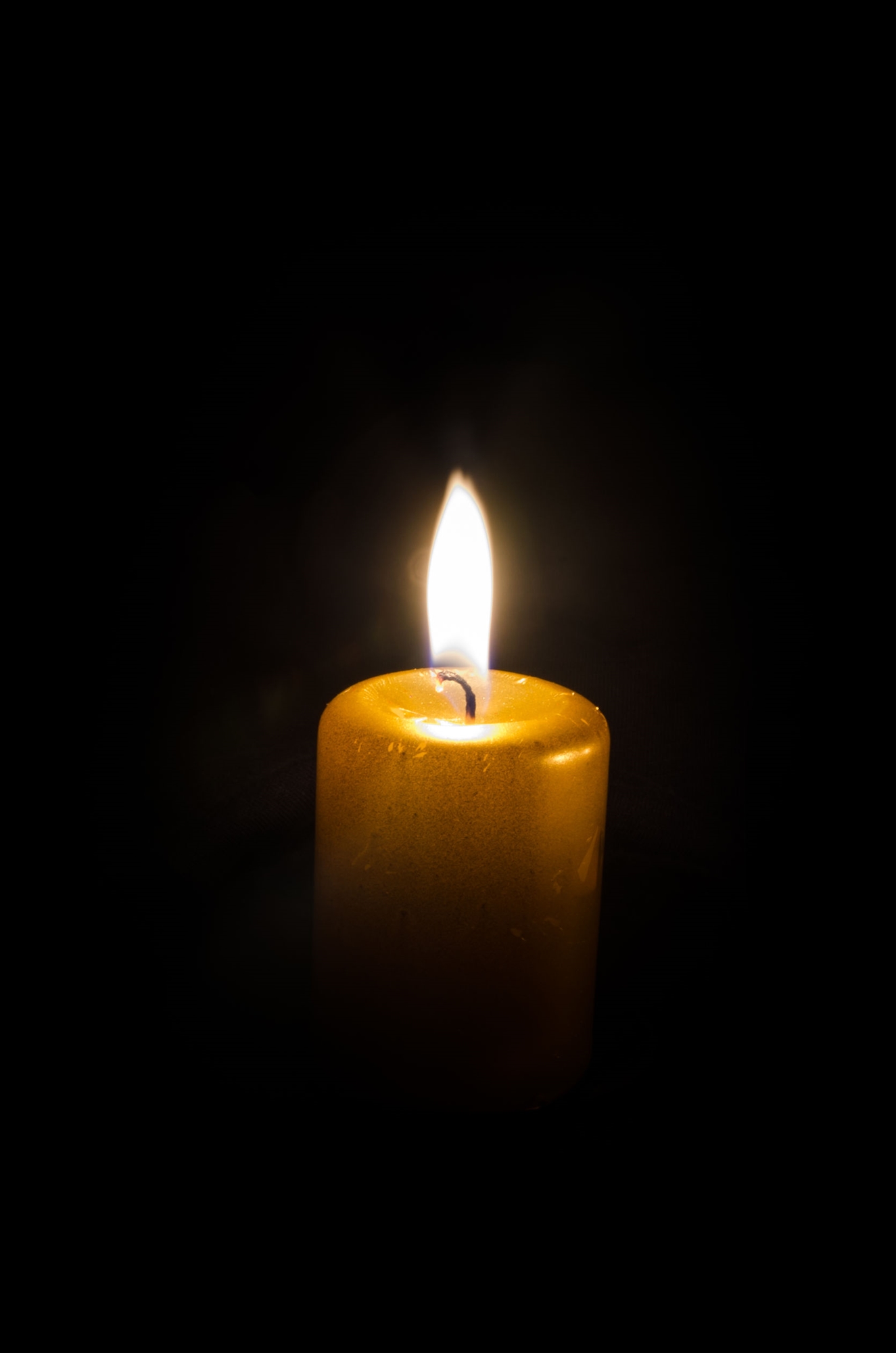 Our condolences go out to the victims of the mass shooting at two mosques in Christchurch, New Zealand last Friday (15 March 2019), their families and loved ones. As the world grapples with the grief and shock of yet another terrorist attack, it is high time we reflect on our own part in the bigger picture – have we been complicit in spreading stereotypes and prejudices against minority groups, or are we breaking that cycle of hate, intolerance and xenophobia? On the eve of the International Day for the Discrimination of Racial Discrimination (IDERD) on 21 March, let us remember that the choices we make every day – whether to use an ethnic slur, share a racist joke on Facebook, or believe a poorly researched news report about new immigrants – have flesh-and-blood consequences and ultimately form the world we live in. It is a choice between empathy and apathy, between peace and violence, and it is ours to make.
Read more 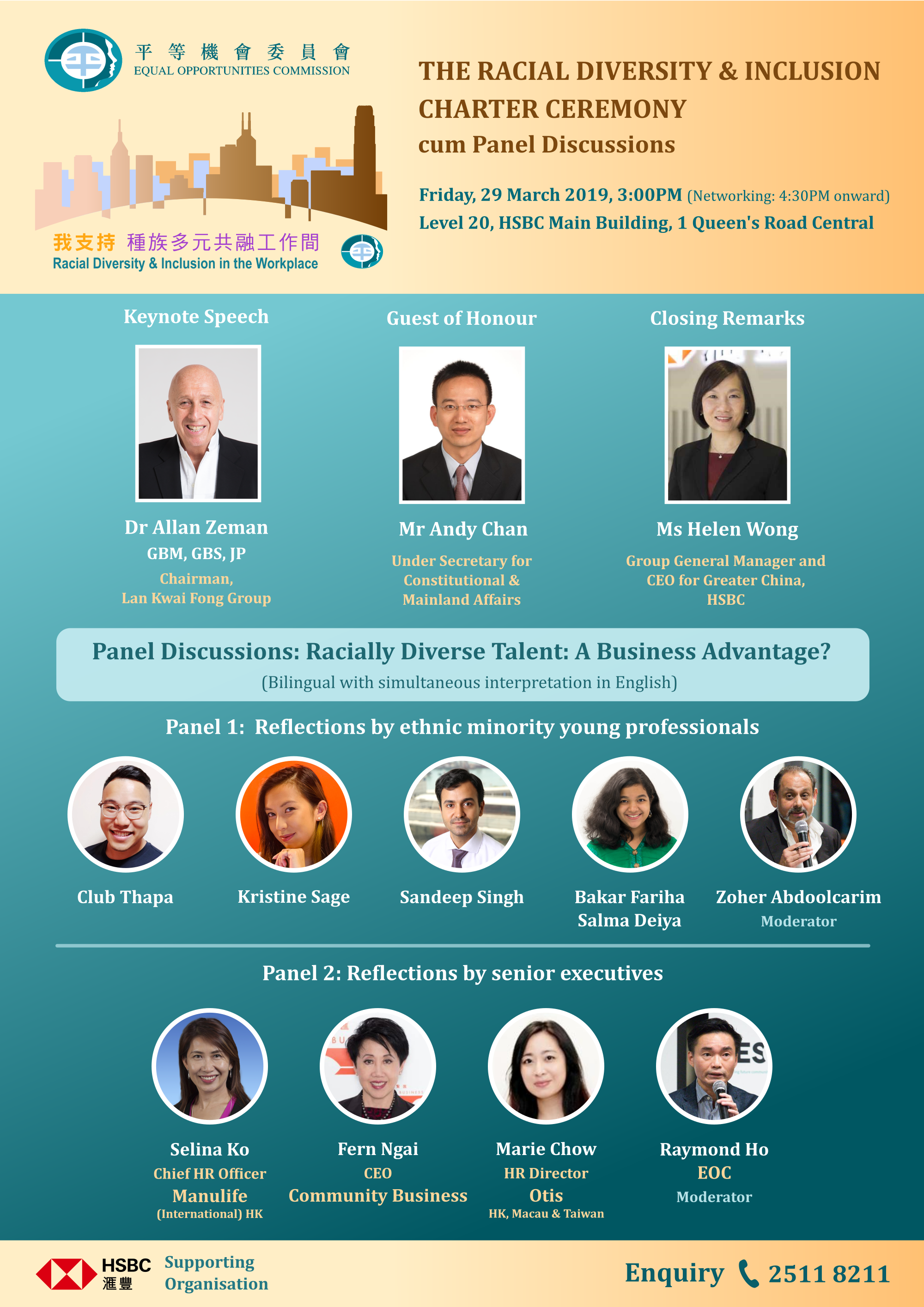 Launched by the EOC last August, the Racial Diversity & Inclusion Charter for Employers (the Charter) has drawn in 45 signatories to date, and the count is growing. Based on the Race Discrimination Ordinance (RDO) and the Code of Practice on Employment under the RDO, the Charter offers best practice suggestions for businesses looking to build a racially diverse and inclusive workplace.
Read more 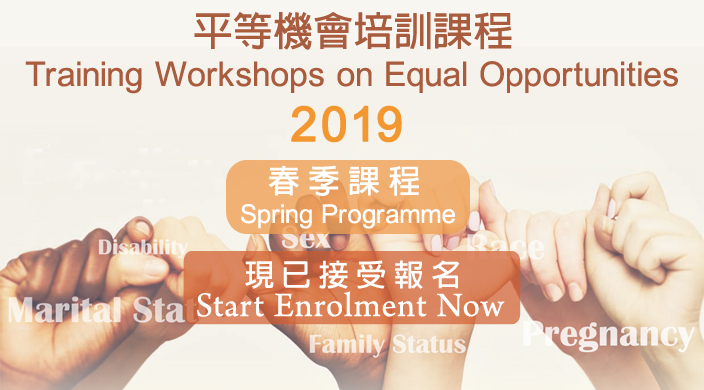 Training workshops in the EOC’s 2019 spring programme are now open for enrolment. The programme consists of two free courses and four paid courses: while the former serve to introduce the roles and functions of the Commission, the anti-discrimination ordinances and the application of the Race Discrimination Ordinance to employment-related scenarios, the latter delve into specific issues, such as sexual harassment in the workplace, best recruitment practices, and ways to avoid discrimination on the grounds of sex, pregnancy, family status and disability in handling HR matters, including pay, leave applications and performance reviews.
Read more 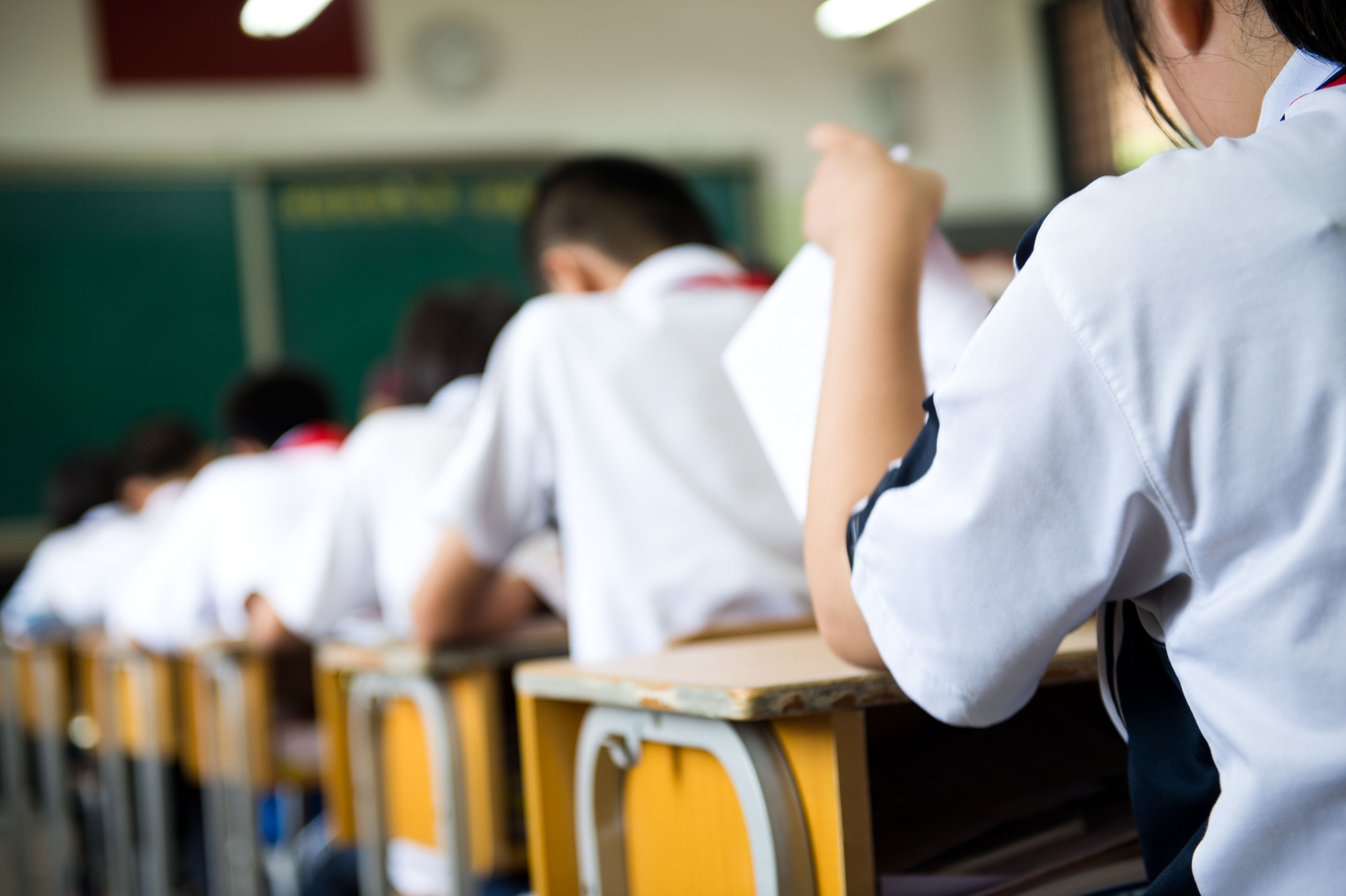 Over 60% of ethnic minority (EM) students in Hong Kong have trouble understanding what is taught in class, finishing assignments, and catching up with the curriculum when learning non-language subjects in Chinese, according to a recent survey conducted by the Hong Kong Policy Research Institute and funded by the EOC.
Read more 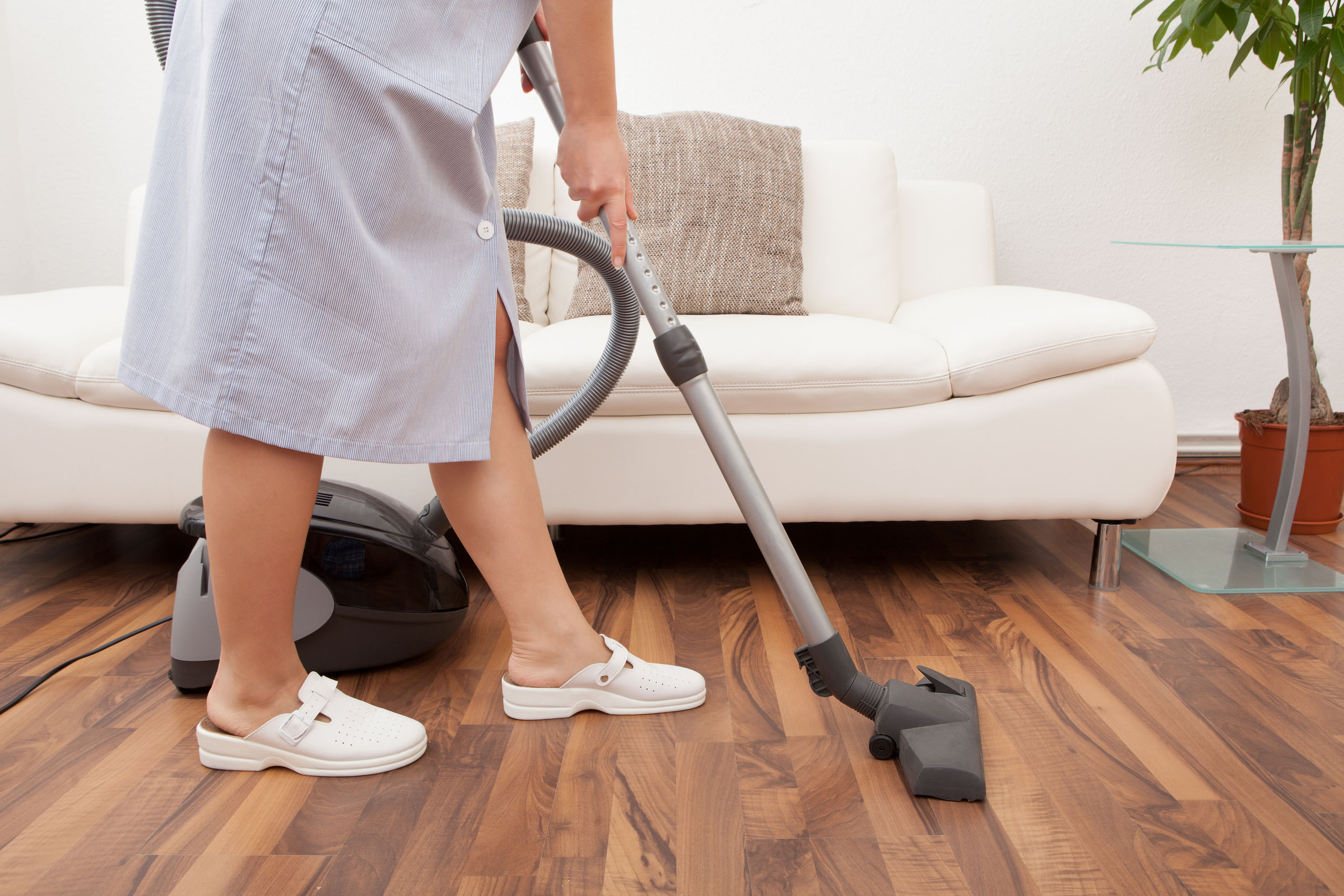 Empowering ethnic minority communities, including migrant workers, has always been a strategic priority of the EOC’s work. From collaborating with the Indonesian and Philippine Consulates to funding NGOs such as Mission for Migrant Workers on talks about protections under the Race Discrimination Ordinance, the EOC has engaged in various outreach efforts with the well-being of foreign domestic workers (FDWs) in mind.
Read more 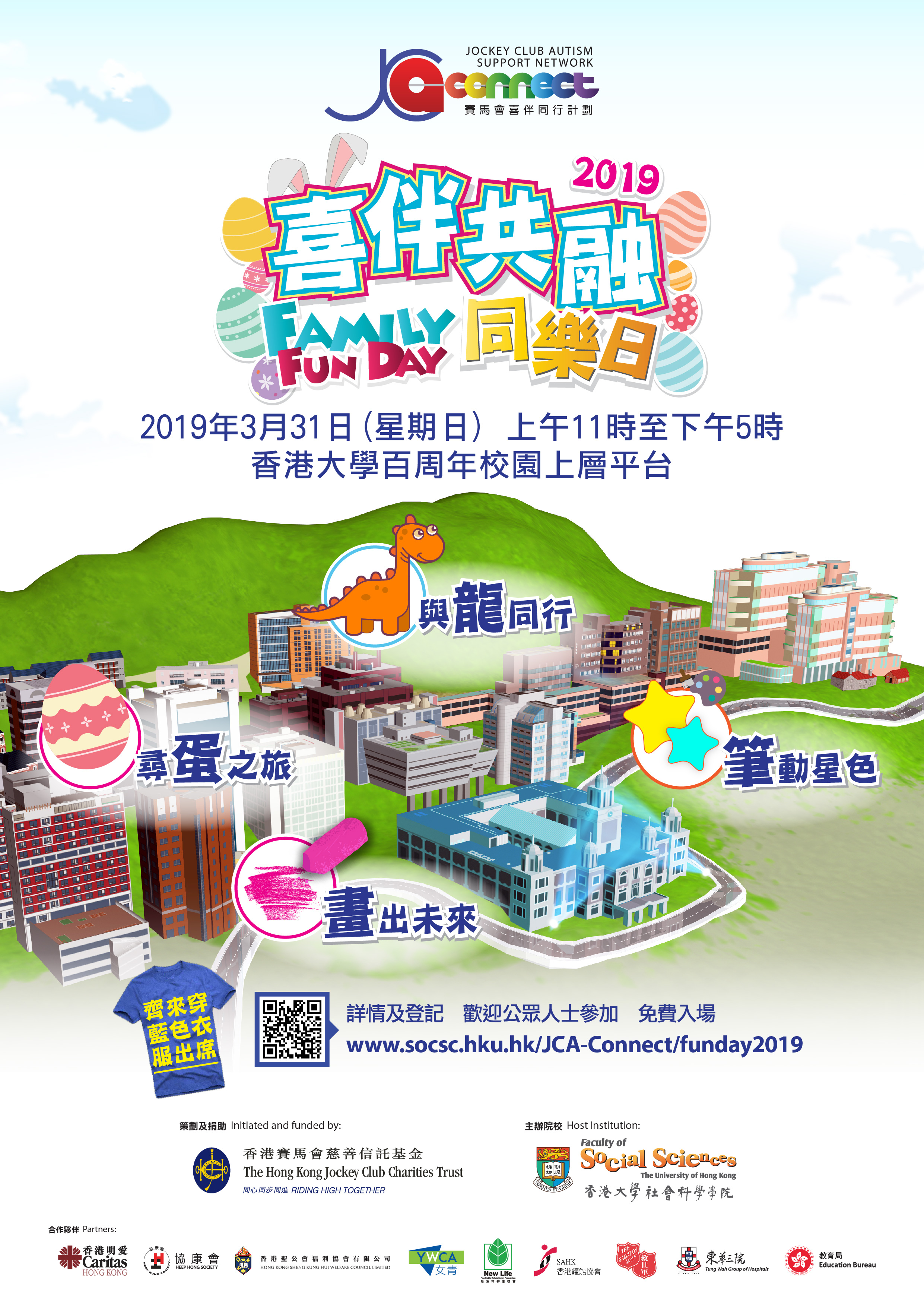 Experience the joy of inclusion ahead of World Autism Awareness Day

One in 160 children has an autism spectrum disorder (ASD), according to estimates by the World Health Organization. Despite its prevalence, misinformation and stigmatisation against people with autism remain entrenched throughout the world, impeding their access to timely diagnosis, therapy, education, employment and public services.
Read more
Top