The EOC shares concerns of the UN Committee on Economic, Social and Cultural Rights on human rights situation in Hong Kong

At the United Nations Office in Geneva, Switzerland today       (8 May 2014), the Committee on Economic, Social and Cultural Rights (the Committee) conducted a hearing to examine the HKSAR’s third report on the implementation of the International Covenant on Economic, Social and Cultural Rights (the ICESCR), which was submitted to the Committee as part of China’s second report. Representing the Equal Opportunities Commission (EOC) at the hearing session were Dr. John TSE Wing-ling, Convenor of its Policy and Research Committee and Dr. Ferrick CHU, the Commission’s Head of Policy and Research.

During the hearing session, Members of the Committee raised concerns in a number of areas, including the limited powers of the EOC. Dr. John TSE Wing-ling, Convenor of the EOC’s Policy and Research Committee, responded: “We are pleased that Members of the Committee also recognised this and shared our views. As mentioned in the EOC’s alternative report presented to the Committee on 5 May, the EOC believes that a single statutory platform with a broad mandate covering all international human rights standards accepted by Hong Kong should be established so as to provide comprehensive protection of all ICESCR rights. We therefore urge the HKSAR Government to seriously consider the establishment of a Human Rights Commission in Hong Kong in light of the Committee’s comments.”

Regarding the Committee’s grave concern about the lack of protection for sexual minorities from discrimination, Dr. TSE said that the EOC has been advocating for legislation against discrimination on the grounds of sexual orientation and gender identity (SOGI). “In order to systematically identify the discrimination, harassment and vilification encountered by the lesbian, gay, bisexual, transgender and intersex or LGBTI persons in various areas, the EOC has made plans to conduct a study later this year. The study will also solicit views on the feasibility of introducing legislation to outlaw discrimination on the grounds of SOGI and intersex status in the city,” Dr. TSE remarked.

The Committee is also concerned about education for the ethnic minorities in Hong Kong, who face hardship in accessing higher learning and employment opportunities due to the lack of adequate and appropriate support to help them master the Chinese language. Dr. TSE said: “Following the HKSAR Government’s announcement of a series of measures earlier this year, including the implementation of a Chinese Language Curriculum Second Language Learning Framework and an Applied Learning (Chinese Language) subject, we urge the Government to release details of these new initiatives as soon as possible. We also call on the Government to increase the resources for teacher training and the support for kindergartens admitting ethnic minority students.”

In response to Members’ concern about the former designated school arrangement and the de facto segregation experienced by students, Dr. TSE said: “Even though the Government has discontinued the so-called designated school arrangement, we urge the Government to monitor closely the situation and take proactive measures to prevent any gender or racial segregation, so that all students can enjoy equal opportunities to education.”

Dr. TSE concluded: “The EOC will examine thoroughly the concluding observations of the Committee. We are committed to working closely with the SAR Government and stakeholders from different sectors on advancing equality of opportunities in Hong Kong in accordance with the ICESCR and relevant local legislation.” 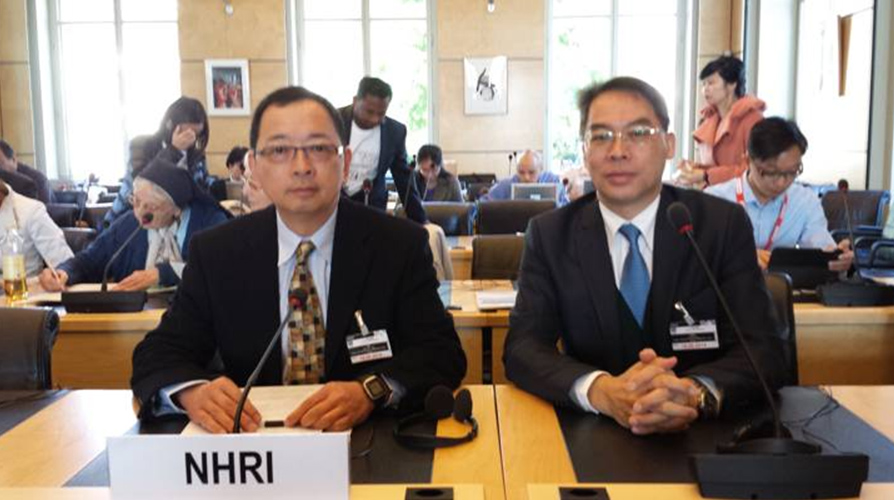 Dr. John TSE Wing-ling (left), Convenor of the Policy and Research Committee of the Equal Opportunities Commission (EOC) and Dr. Ferrick CHU Chung-man, Head of Policy & Research of the EOC, attended meetings of the UN Committee on Economic, Social and Cultural Rights in Geneva, Switzerland from 5 to 8 May 2014, and submitted a related alternative report to the Committee.